The risks of e-cigarettes 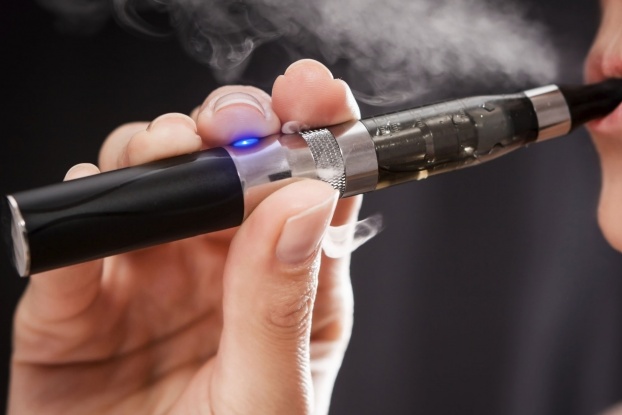 We frequently post articles regarding the health implications of smoking, and now we’re probably going to dishearten anyone who has quit cigarettes only to replace them with an e-cigarette.

A few weeks ago, new laws came into force which limit the size and strength of e-cigarette tanks, as well as ban certain ingredients, including colourings and caffeine. These changes were introduced as there are still so many unknown potential side-effects to vaping. It you think about it, cigarettes were marketed as having health benefits throughout the mid 1900’s and it took decades for us to find out the true devastating effects on the health of smokers.

E-cigarettes and e-liquids must be registered with the Medicines and Healthcare products regulatory agency before they can be sold. Vape tanks larger than 2ml will no longer be permitted while e-liquid bottles now have a maximum capacity of 10ml. A maximum nicotine strength has also been set at 20mg (2%).

In the U.K. there are now almost 3 million people who use e-cigarettes, which is a rather shocking statistic when you consider this industry has really only boomed in the last five years.

A report released last week by Action on Smoking and Health found that more than half of UK vapers had given up smoking. Health bodies including Ash and the British Medical Association have said that vaping is ‘almost certainly better’ than smoking tobacco. However, experts have raised concerns about the addictive nature of vaping, with worries that it re-enforces habitual behaviour. There are also major concerns that the packaging and fruity flavours are attracting young people to the habit who would otherwise not have had exposure to nicotine.

In the UK tobacco is still the leading cause of preventable death, killing almost 80,000 people annually England alone. At the practice, we see the other effects it has on your mouth including mouth cancer, plaque and tartar, inflammation, bone loss in the jaw, teeth staining and bad breath.

Our advice if you are contemplating quitting smoking is to try and find a solution which isn’t substituting one unhealthy habit for another which could potentially have just as many health implications.

No nicotine is better for your oral health than even small amounts administered in a ‘safer’ way.

If you are a smoker and have any concerns regarding your dental health please arrange an appointment for David to carry out a dental health check by calling 020 7487 5221.

PrevPreviousWhat is Air Polishing
NextThe menopause and your dental healthNext