The links between Fruit Juice and Cancer 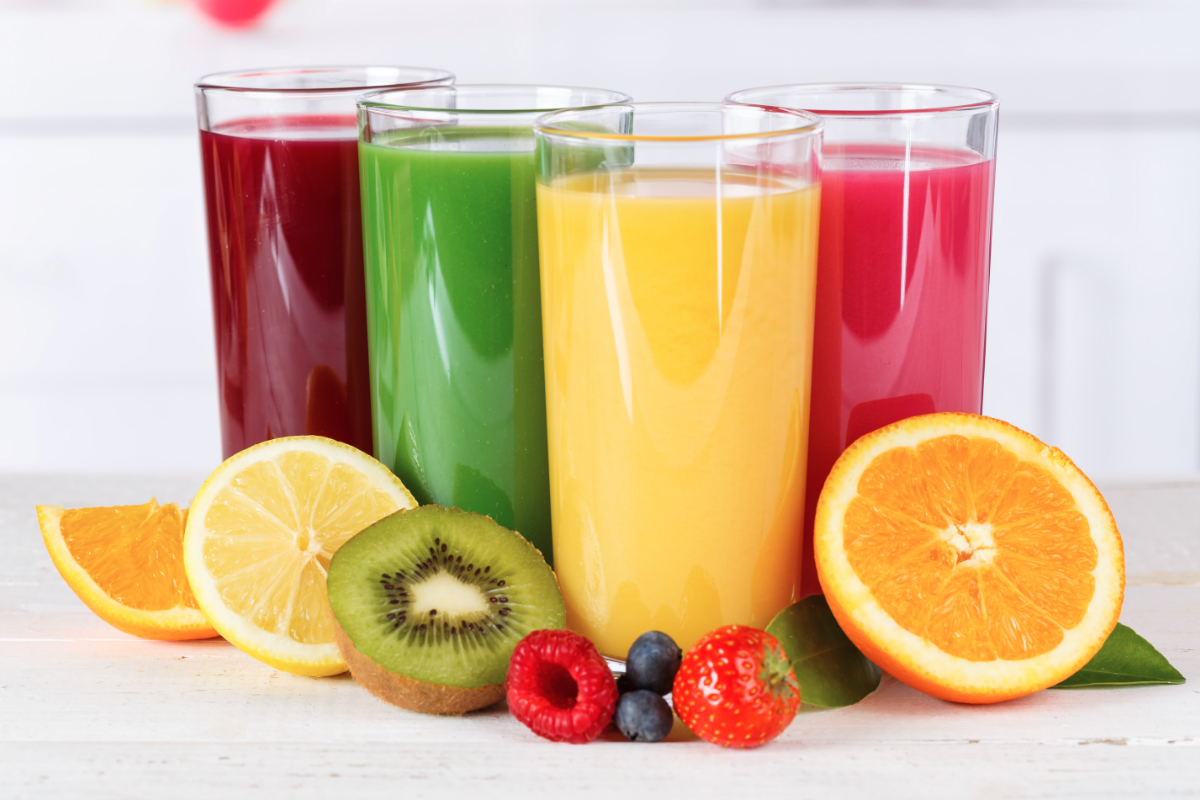 It’s pretty common knowledge now that fruit juices can be incredibly sugary, some even containing as much sugar as soft drinks! Recent studies have found, however, that drinking large amounts of fruit juice may raise your risk of cancer- as links have been found between the regular consumption of all kinds of sugary drinks and the likelihood of developing the disease.

The study, published in the British Medical Journal, was carried out through a long-running nutrition survey in France, involving 101,257 healthy French adults, 79% of whom were women. Those taking part had completed at least two 24-hour online validated dietary questionnaires, designed to measure their usual intake of 3,300 food and beverage items, and were followed up for a maximum of nine years. Over that time, nearly 2,200 cases of cancer were diagnosed, including 693 breast cancers. They found that just a 100ml increase in sugary drink consumption was associated with an 18% increased risk of overall cancer and a 22% increased risk of breast cancer. Fruit juices showed the same association with cancer as colas- the main driver of the link seems to be sugar, so when comparing the sugar content of fruit juice and cola per 100ml, the outcome and link to cancer is the same. Fruit juices are slightly better than carbonated soft drinks because they contain more vitamins and fibre, but the sugar content is not to be ignored.

These are scary figures, but the authors of the study are hopeful, saying that Cutting down on the amount of sugary drinks we all consume, together with sugar taxes and restrictions on marketing, might help reduce the cancer burden. This doesn’t mean no one should ever drink fruit juice or soft drinks- as usual with nutrition, the idea is not to avoid foods, just to balance the intake.

At London Holistic Dental Centre, we recommend to consume less than one sugary drink per day- drinking a glass of fruit juice from time to time won’t be a problem, but more than one glass a day can raise the risk of a number of diseases, not just cancer. Tooth decay, gum disease and many other oral illnesses have been found to be caused by sugar, so reducing your sugar intake will only improve your general health.

It’s important to note that this study is purely observational, so the researchers cannot definitively state that sugar is a cause of cancer. The authors of this study, as well as us at London Holistic Dental Centre, call for this to be investigated further, so that people can be made aware of the dangers of a high sugar intake. If you believe your oral health is at risk due to a sugary diet, or if you are troubled by any aspect of your oral health, just give us a call on 020 7487 5221 and we’ll book you for an appointment as soon as we can.

National Heart Month and the connection to your oral health